Decked Drafter 1.2 has been released to Apple for approval, with quite a few changes. In particular, the sealed deck feature is something that has been delaying the release, since I keep playing with it! 🙂 In addition, I will be documenting the enhanced deck testing for the iPhone in my next blog entry.

– Decks can now be sorted by rarity.

– Sorting by rarity now sub-sorts by color and converted mana cost as well.

– Enhanced deck testing to allow playing cards to the battlefield and graveyard (check the Useful Hints section of the in-app help for further details).

– Added option for the draft AI to pick money rares over any other card — this better simulates real life play as sometimes drafting a card can be worth your entire draft entry fee.

– Fixed typos and enhanced descriptions of many Scars of Mirrodin cards. 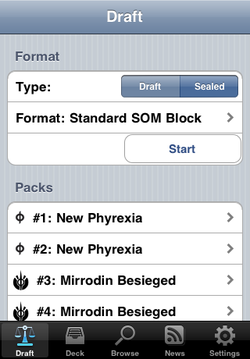 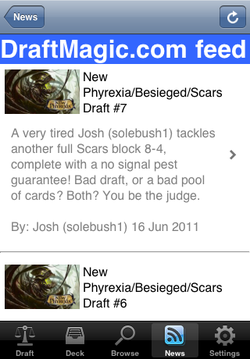